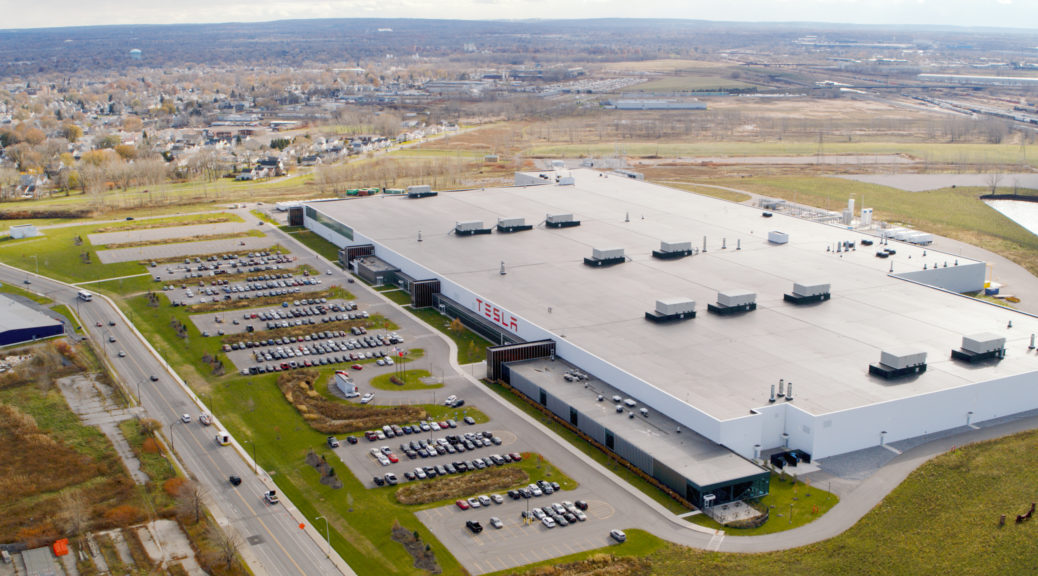 When SolarCity purchased module manufacturer Silevo in 2014, the company immediately took over plans for a 1-GW manufacturing plant in Buffalo, New York, with the goal to begin production of SolarCity-branded panels by 2017. Then Tesla bought SolarCity in 2016, and Tesla inked a deal with Panasonic to jointly use the Buffalo plant to produce PV cells and modules. The two companies have a long collaborative relationship, especially in EV and battery cells.

But now it’s been announced that Panasonic is leaving the Buffalo plant, putting many supposed solar products in jeopardy. Panasonic was the only company on record producing solar cells in the United States, and many assumed Panasonic solar cells were being used in Tesla’s Solarglass solar roof product. (PV Magazine has done some excellent work trying to determine where Tesla’s products are being manufactured.)

Panasonic will cease U.S. solar manufacturing operations in May and should completely exit the Buffalo facility by the end of September 2020.

Howard Zemsky, Empire State Development Chair, confirmed Panasonic’s departure in a statement yesterday. Zemsky said that Tesla has informed the organization that it has “not only met, but exceeded their hiring commitment in Buffalo.” Tesla said it has more than 1,500 jobs in Buffalo, not counting Panasonic employees at the plant. If confirmed to be true, Tesla will avoid paying a $41.2 million penalty to the State of New York, which required Tesla to hire 1,460 people to receive certain incentives.

“This count does not include the Panasonic positions and — while their operations were co-located at RiverBend — there was no incentive package between the state and Panasonic. We understand that Panasonic has made a corporate decision to move away from global solar products, but this action has no bearing on Tesla’s current operations nor its commitment to Buffalo and New York State, according to Tesla,” Zemsky said.

Zemsky also said that Tesla has indicated it intends to hire as many Panasonic employees impacted by Panasonic’s departure as it can.

As part of the Tesla-Panasonic Buffalo collaboration agreement signed in 2016, Panasonic agreed to cover required capital costs at the plant. Panasonic had been manufacturing its high-efficiency solar cells and selling them to other module assembly companies. Now the company is streamlining its global solar operations by integrating solar into its “energy solutions business,” which also includes energy management systems, batteries and EV chargers. Panasonic will continue to sell Panasonic-branded panels to U.S. customers through its own distribution network.

“We are proud of what Panasonic has accomplished as a pioneer in the solar space and the significant role Panasonic employees in Buffalo have played in that success,” said Shinichiro Nakajima, director of Panasonic’s Energy System Strategic Business. “The decision to transition away from U.S. solar manufacturing in Buffalo aligns with our global solar strategy, our efforts to optimize development and production, and supports Tesla’s long-term plans to continue and expand its operations.”

With no domestic solar cell production, U.S. module makers are still dependent on foreign, tariffed solar cells for its end-products. Shuttered Suniva has indicated plans it wants to restart cell manufacturing in Georgia, but nothing has been confirmed. Solar cell equipment manufacturer Meyer Burger announced last year that an unnamed solar cell manufacturing startup had signed a contract to install new equipment somewhere in North America. Nothing yet has been confirmed with that contract.

Now Serving All of Maui!